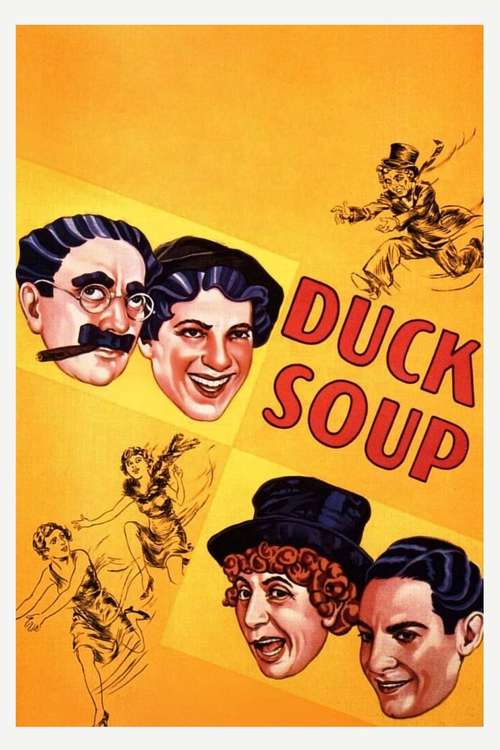 With wordplay and witticisms flying like bullets from a machine gun—practically attacking the audience at a velocity that even today remains overwhelming—producing laughter as explosive as any bomb, their characteristic anarchy is at its boldest, purest, and most acerbic as the brothers make a travesty of the modern political order that led from the cynical disillusionment of the Great War to the incompetency worsening the Great Depression to the rise of the Great Dictator and his equally buffoonish mustache.