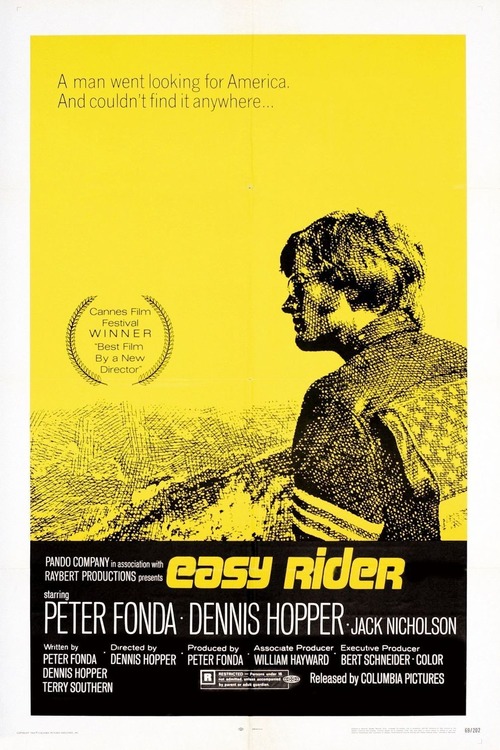 Trips, whether of the road or the psychedelic sort, are like slips on a wet highway: If you feel like you’re starting to lose control, despite the initial impulse to pull away and fight the drift, it’s better to lean in to the turn—of course, that “lean in” philosophy will eventually turn these hippies into yuppies (most were just libertarians anyway) as they switch from open highways to the information superhighway, from the California counterculture to cyber culture of Silicon Valley.

As much a time capsule as it is a movie—but hey man, aren’t all films by their very nature as “recordings” in effect time capsules?—Hopper and Fonda’s joint production is a reminder that rock ‘n roll and flower-power hippies were, in their time, seen as a real danger to the Establishment, whether civil or cinematic. Plots are for cemeteries, ya know, and characters for writing an actual screenplay, while embracing the sort of individualism and freedom that make up what is great about America (and what so many chauvinist patriots fear) means throwing away the map and letting the road lead you wherever it goes—now don’t bogart that joint, my friend, pass it over to me.

Of course, the great irony is that these Boomers who once really were outsiders disturbing polite society ostensibly won the culture war—at least on a surface level, their musical and sartorial aesthetic becoming the norm even while too many quickly abandoned their emancipatory and political inclinations—eventually slipping into the generation they once railed so beautifully and loudly against.